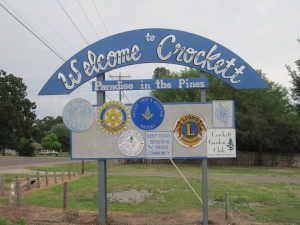 Richard Leroy Knapp passed away peacefully on March 8, 2020. Richard was born on September 30, 1935 in Manhattan, Kansas to William “Buck” Knapp and Wilma Knapp. He was the oldest of five siblings: Latreva Schall, Dian Olson, Francine Bostick and brother, David Knapp.

Richard and his wife Ruby moved to Baytown, Texas in 1964 where he worked in the construction industry for 30(+) years. He is the father to Steve Jensen, Johnny Spain, Kim Pitkin, Toni Knapp, Kelly Schultz and Kerri Dawn Tucker.

In their spare time, he and his wife, Ruby, enjoyed camping and fishing at Lake Sam Rayburn.

He and Ruby retired together on their farm in Crockett, Texas where the two of them lived the remainder of their lives.

He will be remembered for his loving heart, hard work ethic and the way he took care of his family.

He is proceeded in death by his parents; wife, Ruby; son, Steve; and grandson, Conner.

The graveside memorial service and burial will be held in Crockett, Texas on April, 4th at 1:00 pm.  at the Antioch Baptist cemetery in Lovelady, Texas, 75835.

I would rather have one little rose

From the garden of a friend,

Than to have the choicest flowers,

When my stay on earth must end.

I would rather have one pleasant word
In kindness said to me,
Than flattery when my heart is still
And this life has ceased to be.

I would rather have a loving smile
From friends I know are true,
Than tears shed around my casket
When this world I bid adieu.

Bring me all the flowers today,
Whether pink, or white, or red;
I'd rather have one blossom now
Than a truckload when I'm dead.

To send flowers to the family or plant a tree in memory of Richard Knapp, please visit our floral store.

You can still show your support by sending flowers directly to the family, or by planting a memorial tree in the memory of Richard Knapp
Share a memory
© 2020 Crespo & Jirrels Funeral and Cremation Services. All Rights Reserved. | Privacy Policy | Terms of Service