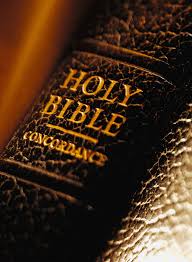 Mary Ann Heffernan, 75, of Baytown, passed away Saturday, June 29, 2019.
Mary Ann was born June 24, 1944 in Ft. Worth, was adopted by her parents in 1944, after adopting baby boy John.  They were affectionately name “Johnny Boy” and “Sissy” by their parents; John William Heffernan, Jr. and Mary Estell Reed Heffernan.  Mary Ann graduated from Our Lady of the Lake High School class of 1962 in San Antonio.  In her senior year, she was awarded the most prestigious award, being voted by the student body as “Miss Oll”.  This pageant and her graduation ceremony were attended by her loving brother John, since her parents passed away prior to her senior year.  She often reflected on how proud she was to have John at both ceremonies.  She never forgot how after graduation, she asked herself, “Now what am I supposed to do with my life?”.
Without parents after graduation, she wrote the orphanage for guidance.  She thought, “Here, I had two mothers and two fathers, and don’t even have one now.  I know God has to know what He is doing”.  Mary Ann earned a bachelor’s degree in education in 1967 at Loyola University in New Orleans.  She had wanted to enter the Convent, but they said she needed to “see the world first”.  She purchased a world map, applied tacks on numerous cities in Europe, UK, Scotland, and the Holy Land; thus, a see the world trip was planned.  The trip took her through 21 countries, over six months with a EU Rail Pass, and her very first US passport.  She invited Carolyn, a fellow student at Loyola to join her.  Carolyn, one of seven children, obliged and they each had a fantastic trip of a lifetime.  Mary Ann continued to travel to a total of 40 countries afterwards, treating other to the Orient, Hawaii, and Europe.  She loved traveling and sharing these trips with others.
Throughout her life, Mary Ann was a camp counselor, Nun, ship’s nurse on a cruise ship, registered nurse, pet sitter, occupational health nurse at four chemical plants, and attended the International Council of Nurses meeting in Tokyo.  She dearly loved her pets and absolutely loved having coffee with friends.
In 1972, Mary Ann graduated from Arizona State University, earning a bachelor’s degree in nursing.  In 1981 at the age of 37, she found her birth brother, Jim and his wife Theresa, and their sons; Mike and Jamie.  This thrilled her and was the highlight of her mission to find blood relatives.  John, her adopted brother, had done the same to find his broth family and was successful.
Her home in Baytown, was destroyed in 1983 by Hurricane Alicia.  Soon after, she met Faye Crunk and her family.  Faye welcomed her into her family, proved to be a wonderful Christian family who gave Mary Ann a new sense of belonging that she craved after losing her parents.  John had married and lived in Louisiana.  Mary Ann dearly loved him.  Jim died in 2010 and John died in 2012.  Faye died two years later in 2014.  This was almost an unbearable time for Mary Ann.
Her friends became her family.  She often made sure they knew she loved them.  It was natural for her to smile, laugh, and sincerely show interest in those she met.  She wants to always be remembered as loving her friends and family.  She really appreciated them.
Her motto was: “FOCUS ON THE POSITIVE AND TRUST IN THE LORD”.
Mary Ann’s visitation will be Saturday July 6, 2019 from 2-3pm. at Crespo & Jirrels Funeral and Cremation Services, 6123 Garth Rd. Baytown, TX. followed by a celebration of life at 3pm.

To send flowers to the family or plant a tree in memory of Mary Ann Heffernan, please visit our floral store.