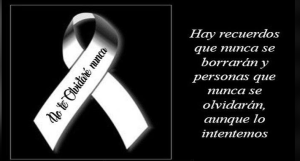 Arthur Frederick, 58 was unexpectedly called home by our Lord and Savior, Jesus Christ on Wednesday, November 13, 2019. Arthur was born to Harold and Pettie Frederick on September 15, 1961 in San Fernando, Trinidad, West Indies. He attended primary school in Trinidad, secondary school in St. Croix, Virgin Islands where his family moved when he was a youth. In his high school years, his family moved to Texas where he attended and graduated from Ross Sterling High School. This is where Arthur met his high school sweetheart, Lisa Menifee Frederick, who he would later marry. He worked for a few large car dealerships (until he figured he’d made them enough money) then it was time to venture out on his own. He partnered with his brother and father to open D & A Auto Clinic, then later branched out on his own to open what is now known as Hi-Tech Diagnostic Center.

Ever since he was a child, Arthur loved tinkering with anything mechanical and took great pleasure in rebuilding engines and, in his adult years, became an automotive transmission specialist. In his spare time, he loved repairing/riding four wheelers with his sons, grandchildren and friends. He also enjoyed watching football and Motorweek. He built and flew remote control helicopters; one of which was featured in a Hollywood motion picture.  His greatest pleasure, however, was the time he spent with his grandchildren. “Paw Paw” took the grandkids out to breakfast as often as his schedule allowed, and they looked forward to being spoiled and pampered by him. Today, they still argue about which one of them is his favorite.

To send flowers to the family or plant a tree in memory of Arthur Frederick, please visit our floral store.